However, for this one there are NO ENTRIES ON THE DAY so if you want to run at Liverpool I need to know before Monday 6th November to enable me to complete the entry form

£1 payment will be due for every name on the list and this money goes to the Cross-Challenge to defray the cost of chip timing and not to the Mid Lancs. League. I will pay this & you can reimburse me when you see me at training / races etc.

Run the Moors Presentation Night
Please let me know if you'd like a ticket for the RTM presentation night.  It's on Friday 24th Nov at Bamford Bowling Club, 88 Norden Rd, Rochdale, OL11 5PN.
Tickets are £5 and will include a guest speaker (think it was Ben Mounsey last year) as well as pie and peas.  I can offer a lift if needed.  Get in quick, we're limited to 12 tickets :-)
Thanks, Tim
Posted by Gary Stevens at 15:46 No comments:

Cross Country Champs 2017/18
The A&T website has now been updated with the latest info for this year's XC champs and it's your one-stop-shop for all info on races, results and the latest champs positions.
Well done to everyone who took part in the first race at Leigh, the next race is on 11th Nov in Chorley.
http://astleyrunners.co.uk/club-section/cross-country/
By Tim Campbell
Posted by Gary Stevens at 19:37 No comments:

I have the pleasure in announcing the following winners in the 2017 Central Lancs Grand Prix.


The presentation night is on the 17th November at Astley Bridge Cricket Club at 7:30pm

I am unable to attend on this night.  Please let me know if you intend to be there to collect your awards as I'm required to let the organisers know.

Congratulations to you all, well deserved.

Last Sunday, 15th October 2017, was the last race of the road season and it ended with a biggy – Manchester Half Marathon.  Sold as a ‘fast and flat’ event, however still a real challenge for people as it is a 13.1 mile run and the pressure was on to do well and go as fast as you could.  What is interesting about these big events which, Captain Chris has introduced this year, is that you can’t always see the competition, so it can feel like you against the clock and then find out later who has beat who.  For further details on a particular sub-race, there is an alternative run report for that.
So it was a very early start to get to Trafford, parked-up (without giving in to ransoms set by pop-up parking attendants), hike over to the bag drop and over to the start line for the 9am gun.  It was a particularly warm day and totally dry, in contrast to the inaugural race last year.  According to the official results, 25 A&T members took part in the race, however there was also Lynn out on loan and a new club member called ‘Smithy’ (NB you need to collect your race numbers the day before in Manchester for this race if you register late…ask Joanne).  There were some really strong performances and our club podium positions were awarded as follows:
Male:
Bronze – Gareth Jones 1.30.50 (tremendous performance for his first half-marathon too)
Silver – Stephen Coleman 1.27.48
Gold – Simon Ford 1.27.07
Female:
Bronze – Louise Simpson 1.49.10
Silver – Susan Fletcher 1.48.20
Gold – Josie Maley 1.31.25 (apparently had a bad day – looks pretty good to me!)


There were numerous PBs that I know of including Jonathon Hall, Paul Basnett, Phil Griffiths, me (Nicola Scott), Joan Cooke (looking angry) and Smithy aka Joanne Gibson who has made a huge leap forward recently in terms of speed.  All in all it was a very good day at the office and the race even provided us all with a wearable T-shirt in a nice shade of A&T blue.  Well done everyone and do indulge yourself in a bit of rest and recovery now.  Thanks to Captain Chris for another great season.
Posted by Unknown at 22:16 No comments:

I have now updated the league tables on the website and added the current Park Run bonus points.

These are NOT the official results as there is still 2 weeks left for you to record a Park Run time.

Please note that you only qualify for Park Run bonus points if you have reached the required number of races within your league.

If you have any queries then please message me ASAP. 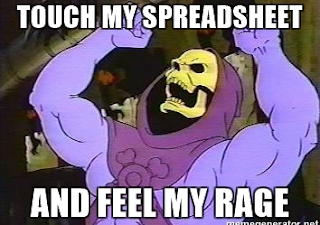 Run the Moors 2017 - A&T Winners!
The final results of the Run the Moors champs have now been announced and A&T have won several prizes:
Senior Women 2nd Claire Matchwick
Overall Men 1st Tim Campbell
MV40 1st Tim Campbell
MV50 3rd Brendan Loughrey
We also had a couple of near misses and therefore honourable mentions to Rachel Haslam, Kerry Lomas, Tracey Loughrey, Anthony Hart and Simon Ford who all missed out on prizes by a matter of just a point or two.
The men's team came 4th overall and the ladies came 5th.  Well done to all who competed, not bad for our first season!
Full results can be found at the following link http://www.felljunior.org.uk/GP/
Posted by Gary Stevens at 19:46 No comments:

The first race in this year’s x-country champs is this Saturday (14th) at Leigh Sports Village; Sat Nav: WN7 4GY

This is a Red Rose race and I have entered those people who raced on the country last year plus anyone who didn’t race last year but asked to be entered.

I am working at MCFC so won’t be able to race, please can someone collect the numbers from upstairs at LSV & distribute; don’t worry about collecting the money as I will do that at the next race

If you have not been entered you can still enter on the day but, for Red Rose only, will have to go to registration and pay £10 to get a number; still great value at £2.50 per race!

If you need clarification on anything before Saturday, I can be contacted on email mark.riches@talk21.com or phone 07508 213207
Posted by Gary Stevens at 15:08 No comments:

All good things must come to an end and this was the last race of the season, but what a season it's been, with loads of people trying the fells for the first time and A&T providing double figures several times. On top of that, it looks like we’ll pick up a few prizes at the Run the Moors champs, which is ace!  Thanks for your support this year everyone.

They say that you should learn at least one new thing each day, and those travelling to the race in PSG’s car learned a new word, as we were almost sideswiped by a car that shot out onto the motorway straight to the fast lane.  Only some exemplary handling by the driver avoided disaster … and the new word?  Well it’s only one letter away from, and rhymes with, “ducktart”, but I couldn’t possibly put it in writing, although I’m thinking of having a t-shirt printed!

So, after a brief adrenaline boost, it was off to the race.  Nine A&T-ers lined up at the start, which was in the bottom of a quarry in the lovely surroundings of Penistone Hill Country Park, within the moors on which Charlotte Brontë’s Wuthering Heights was set.  After a brief interlude at the start, where for some reason the race director had decided he wanted to embarrass two runners by insisting on all 358 competitors singing Happy Birthday to them, we were off and were soon running up that hill.  Actually, unusually for a fell race, the start was slightly downhill for the first quarter of a mile until we hit the wiley, windy moors, where we soon ended up on a frustratingly single-file track and slowed right down.  I attempted to go around the outside and ended up flat on my face after tripping on some heather – mountain sob, ankle breaker!  I picked myself up and having pulled myself together, I had another go at going around the outside, but this time I stepped on what looked like a fairly solid bit of mud and sank to my middle in bog.  The guy right behind me tried exactly the same manoeuvre and ended up on top of me.  Oh babooshka, I thought!

The rest of the race then was pretty much a haze of mud (hurray for X-talons!), with brief interludes of slippery paved paths and several stream crossings.  Whilst were generally always either climbing or descending, rumours of steep hills were a big stripey lie, with only fairly gentle slopes needing to be tackled.  The end came more quickly than expected, with the advertised 12k being more like 10k, though the gentle downhill from the start now became a mountain towards the finish, but finish I finally did – King of the Mountain!  As for the race, I hated you, I loved you too.

So, how many Kate Bush quotes did I smuggle into this report?  No prize for guessing except a bit of kudos, but definitely kudos (and a curly wurly) to the A&T athletes who had “the edge” and completed today’s race.

Posted by Gary Stevens at 22:05 No comments:

Just a note to say a massive 'Thank You' to everyone who helped with the Gin Pit 5 last week.  It was our most successful race in it's 13 year history.  We sold out all 250 places last Thursday and allowed a few CLGP runners in on the day making it 265 finishers in total.

So many positive comments have been received via email and social media, especially highlighting the marshals for their enthusiastic support around the course.

Posted by Gary Stevens at 13:57 No comments:

Withins Skyline Fell Race Sunday 8th Oct 11:30
The final fell race of the season sees us in Bronte country on the moors near Howarth.  It's a 12k race with 300m of climb, so it sounds a pretty accessible race for all. Entry is £4 on the day only and there's a Cadbury's Curly Wurly for each finisher!  Apparently they're also encouraging Halloween themed fancy dress, so if you feel the urge to show us your darker side then this is the race for you :-)  I'd imagine that you'll need waterproof top and possibly waterproof bottoms, hat/gloves and whistle, depending on the weather on the day.
As always, give me a shout if you have any questions.  Further details are at the link below.
http://woodentops.org.uk/index.php?topic=withins
Posted by Gary Stevens at 21:24 No comments: