The organisers have now taken the decision to sadly postpone the Manchester marathon from April 2021 to Sunday 10th October 2021. The current COVID-19 situation does not yet appear to be stabilising, and therefore they do not feel confident that April would be the best time to stage the marathon

As you are aware Sunday 10th October 2021 is also the date for their sister event Manchester half marathon. We will therefore be looking to do a combined event as was our intention for October 2020

Posted by Gary Stevens at 09:10 No comments:

With government guidelines now allowing a return to group activities, Astley and Tyldesley Road Runners are beginning a return to training. We aim to provide the usual timetable of sessions/classes/groups but with restrictions on numbers and certain activities.

Numbers will be managed using a 3rd party booking app and links to this will be provided when available. This also enables us to gather contact information for the government track and trace initiative.

Sessions will be managed by the relevant coach or run leader to ensure they are 'Covid19 secure' and each run venue or route is also royal assessed to be Covid19 secure.

To enable this to happen and for training to continue in this manner, we need co-operation from members attending sessions.

You must not attend if you are unwell, especially if experiencing any Covid19 symptoms such as high temperature, persistent cough, loss of taste or sense of smell.

Please do not arrive at a session more than 5 minutes before the start time and please leave immediately after. Please, no congregating. If you do arrive early, then please stay in your car or away from the entrance until it is opened.

No visitors or spectators allowed to track sessions. This includes children.

At all times you must follow specific guidance from your coach/leader at each session.

Use hand sanitiser and wash hands where appropriate.

Only bring equipment (clothing, drinks bottles etc) you need and do not share equipment with anyone unless they are in your household group.

No spitting or nose blowing. You must use tissues or similar and follow good hygiene practices.

If you are unable to attend a booked session, then please either cancel it on the app/website or with your leader/coach at the earliest opportunity. This allows other people a chance to take advantage of the space and potentially stops a phone call for the track and trace team.

If you have any concerns or questions, then please feel free to ask.

Thank you all for your patience, cooperation and understanding.

Posted by Gary Stevens at 14:28 No comments:

Manchester marathon update – by Mark Riches
As you may be aware, the government is opening sports facilities and allowing outdoor events to take place shortly. However, despite this glimmer of positivity, after careful consideration the organisers have taken the decision to cancel the Manchester Marathon & Half Marathon on 11th October 2020. They feel that despite this positive step towards mass events returning, the event wouldn’t be the event that we all know and love
For information, they are planning for the Manchester Marathon to take place on 11th April 2021, and the Manchester Half Marathon to take place on 10th October 2021
I will provide more information nearer the time
Posted by Gary Stevens at 10:22 No comments:

If you are available on the day & would like to help (you can do anything from a couple of hours to the whole day) please complete the online registration below. Really sorry, but you need to do this gain even if you registered for the postponed event!
https://endurancecui.active.com/new/events/68718454/forms?_p=02951626921853512
You will need to select your group name from the list shown on the page. Please ensure you select

PS I know it’s spelt incorrectly!
Posted by Gary Stevens at 15:46 No comments: 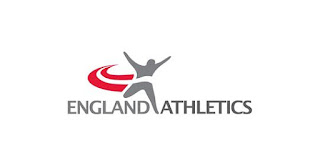 Could all A&T members please make sure they adhere to government guidelines regarding daily exercise :
To take exercise once a day – but alone or with those you live with, no gatherings of more than two people
Reports locally of groups running together, lets make sure this isn’t anything to do with A&T and make sure we all stay safe.
If everyone sticks to the rules the sooner things will be back to normal for us all.

A&T Committee
Posted by Gary Stevens at 10:50 No comments:

Please make a note of the date and I will be in touch regarding volunteering, nearer the time

Posted by Gary Stevens at 20:03 No comments:

in light of the current situation could we ask all members that if you are feeling unwell or have traveled back from any high risk area or have been around anyone who has tested positive for corona virus or you are showing any signs/symptoms of having a cold/flu no matter how small could you please refrain from attending any training sessions till you are feeling better.
The health and well-being of all members is our upmost priority.

A&T Committee
Posted by Gary Stevens at 16:06 No comments:

I mentioned this at the AGM, we have been asked to provide volunteers (20 needed) again this year

If you are available on the day & would like to help (you can do anything from a couple of hours to the whole day) please complete the online registration below
https://endurancecui.active.com/new/events/67685152/forms?_p=38259866304702017
You will need to select your group name from the list shown on the page. Please ensure you select

Posted by Gary Stevens at 15:44 No comments:

The members were welcomed to the meeting and there were apologies from Committee members, John Hall, Nicola Young and James Bentall

Annual reports
Road Section
Joan Cooke explained that Nicola Young would be standing down as co-captain and she would be replaced by Cath Worsley.
Cross Country Section
Michelle Fairclough reminded everyone that there is one race left and the final standings will depend on the outcome of this race. 14 men have raced on the country this year so far but only 8 women. Could possibly use Shaun’s cross fun-try course to give people a feel for cross country. Michelle is looking at Manchester League in order to move away from the same races each year
Fell Section
Rachel Haslam said that boys well represented but need more ladies. 12 races to choose from in Run the Moors series plus Rivington Pike now added to the fell champs. Phil Riley has agreed to co-captain this year
Triathlon Section
Matt Thorpe said he planned to keep the scoring format the same for 2020. He went on to advise that James Bentall would be standing down as co-captain and he would be replaced by Gary Firth
Ultra-Section
Dave Sloan explained that there are 3 recommended races with a view to getting club representation. There is no vets category just male and female and only need to complete one race to qualify
Membership
Malc Collins confirmed we currently have 107 members which is like last year. The winner of the free-membership draw was Stacy Mamoun. Next year’s draw will be for those who volunteer at Club events only; the 5 qualifying events are:

Treasurers Report
Malc informed the members that the club’s incomings and expenditure for 2019 were very similar and the club’s financial position was also very similar to that at the end of 2018. The bank account is healthy for the size of the club. He expects things to be similar for 2020 so proposes to set subs for 2020 the same as in 2019;
Membership needs to be renewed within 4 weeks of the AGM or they will be considered as a new member and the fee will be £40

Proposed change to Constitution
Dave suggested that the Club name may put people off as they assume that we only run on the road. Changing it to Astley & Tyldesley Running Club may make us more accessible. The general feeling was that changing the name would NOT increase membership and there was plenty of information regarding the various types of running we do on the website. It was also pointed out that the Club was formed in January 2001 so will celebrate 20 years in 2021. We took a ‘show of hands’ and the majority wanted the name to say the same

Election of Officers & Committee
The following committee positions were elected: -

AOB
Monday 10k from LSV will be relaunched next month

A&T Road Runners are planning to help again this year at the Manchester marathon (5th April), Bolton Ironman (12th July) and Bolton marathon (17th May) Helping out at these events generates good income for the club and helps keep member’s subs down. We ask for you to support and help if you can

Posted by Gary Stevens at 10:13 No comments:

Posted by Gary Stevens at 14:50 No comments:

All runners will be entered in to a draw. If your name is pulled out all the money raised will be passed onto you for your chosen charity

Please come along and support this event
Posted by Gary Stevens at 08:05 No comments:

Saturday 18th January is the penultimate race in the A&T cross country champs.

It's a South East Lancs race, so use your number from the last Heaton Park race.

We are back at Heaton Park again this time as Tandle is not fit to run on. So please make your way to the tents at the top of the hill near the main hall and the cafe/farm, you cant miss us. There is a charge for parking so take some change and car share if possible.

If you havent done a SELCC race before, entry is available on the day for £6 at the registration desk. That will cover the last two of our cross country races.

Heaton is a typical cross country course, a fast down hill grass start, a flat section, then through some boggy woods, and a few short hills. All excellent conditioning for your legs for the upcoming Road and Fell race season. Trail shoes or spikes would be ok. Get the work in now and it will pay dividends for summer races 😊💪👍

As always I'm here if you have any questions, just send me a message

See you Saturday 🏃 💙
Michelle
Posted by michef at 18:52 No comments:

I hereby give notice that the 2020 AGM will take place at Miners Welfare Institute, Gin Pit Village on Sunday 2nd February starting at 20:00

The purpose of the Annual General Meeting will be:

Any proposed change to any rule contained within this Constitution should be notified to Mark Riches as Club Secretary (markriches61@gmail.com) by Friday 24th January in order that all members shall have sufficient notice of the proposal

Furthermore, if you wish to stand for any of the roles listed below; please notify Mark on the above email no later than Friday 31st January

Posted by Gary Stevens at 17:03 No comments:

The Gin Pit Marathon is getting close to full. The Gin Pit Half is also over half full. If you are interested in either please don't take too long thinking about entering or they will both be full. There won't be any entries on the day. If anyone wants a place and is able to help on the other day as a marshal at one of the check points then you can have a free place. Proceeds for the marathon are going to the Brathay Trust, who help local school kids and young people. The proceeds from the half go our club which helps keep our subs low.

https://racecheck.com/races/gin-pit-double-marathon/
Posted by Gary Stevens at 17:45 No comments: